Dragging audience for binge watching a web series is not a cakewalk because there need to be a great content along with fine set of actors. The latest web series ‘Tuition Ke Baad’, released on the premium fiction channel ‘Binge’ by Rusk Studios, turns out to be a great show that will ring a bell and evoke fond memories of the past from your school and tuition days. The show is streaming on Binge’s Youtube channel:

The web series has five episodes and is a perfect blend of emotions filled with friendship and love. An unconventional story of four friends – Shole, Aashiq, Tantrik and Jhatterburg who are worst in their studies but very good by heart. Aashiq falls in love with Sneha who also attends Pramod sir’s tuition class. The four teens find themselves clashing with rival gangs as one of the gang members wrote inappropriate comments for Sneha.

Story started on a romantic mode but becomes thriller in later parts, especially after the entry of rival gangs. There are good twists in the story and audiences for sure will be curious to know what next? The main twist lies in Sneha falling for Aashiq’s best friend, Shole. Friendship breaks at his point but love remains intact. Shole clears Sneha that he likes her but cannot love her because he loves his friend Aashiq more than anyone in the world. Friends reunited and story ends but there is a lot of action, drama, thrill, comedy in between which you need to watch. 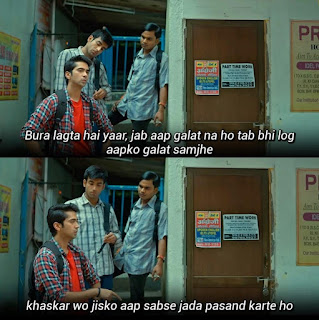 ‘Tuition Ke Baad’ promises to be an entertaining watch from the first episode and you will love going ahead on this nostalgic trip back to your tuition and teenage life!

Rusk Studios and Binge are dedicated towards providing cinema lovers a notch above entertainment through its list of web series including School Chale Hum, The Sarkari Karyalaya, One Tip One Hand and more. If you are a light-hearted romcom series lover, subscribe to Binge on Youtube.

Music on Cards for Photofit, this 2022, The run begins with the Punjabi Rap single “Udd Di Udd Di”

Music on Cards for Photofit, this 2022, The run begins with the Punjabi Rap single “Udd Di Udd Di”