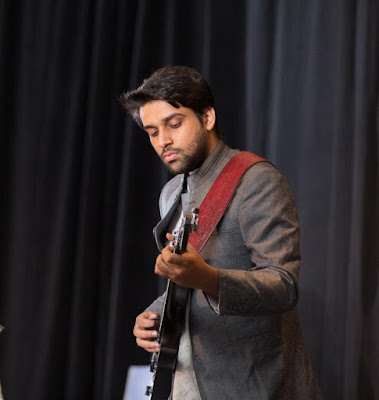 As an alumnus of Berklee College of Music and New York University, Abhi Acharya has been in the music industry as a composer, performer, producer, and now a music business professional. Abhi is the first person from Rajasthan to learn music from the world’s best music institute and get a degree from there. Abhi holds a music degree from the world’s prestigious music institute Berklee College of Music and a Masters’s in Music Business from New York University.

While in Boston, Abhi performed and created music with some of the best musicians at Berklee, where the Berklee World Tour scholarship enabled him to study Film and Video Game Scoring, worked as an Audio Engineer at Berklee’s Film Scoring studios and the Shames Family Scoring Stage, and was a part of the prestigious Berklee Indian Ensemble, which has collaborated with India’s finest music talent and legends like AR Rahman, Shreya Ghoshal, Shankar Mahadevan, Indian Ocean, Raghu Dixit and more for a decade. 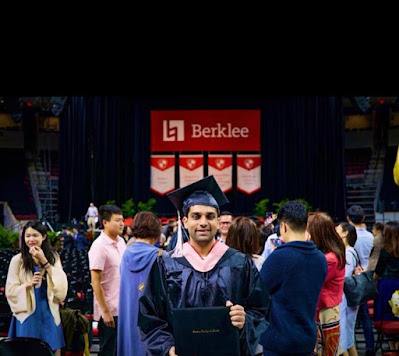 The Ensemble, led by director Annette Phillip, has completed a decade of creating sonic magic and has released ‘Shururaat’, their debut album, where Abhi is featured as a guitarist on the track ‘Dua’, while the album also features collaborations with Ustad Zakir Hussain, Shankar Mahadevan, Shreya Ghoshal, Vijay Prakash and Shadow and Light. Abhi did his master’s at New York University, where he started gaining experience as a music business professional working for the legendary jazz venue Blue Note and the prestigious Sony Hall, and later worked for a Music Licensing brand Flavorlab, who have contributed music towards the Emmy-winning show, Vice, and is currently working at Q&A, which was founded by Lady Gaga’s former manager Troy Carter.

He also got to work at Josh, the biggest Indian Short Video app, which is valued at $5 Billion in 2022 and has a 150 million active users. He has also been a part of Anahad Foundation, a New Delhi-based non-profit organization working towards the empowerment of Folk Music in India.

He has experience as a film composer and has produced and engineered tracks for various indie artists and has co-curated a multi-city concert series named ‘Artistické’. Abhi plans to release his own music this year and continues working towards the betterment of musicians and artists in the music industry.

Vishwarajsinh Chudasama is a Public Figure & a Social Worker, love to work for public

FATHER ARRESTED IN TAMIL NADU TO RAPE WITH HIS DAUGHTER : GIVES BIRTH TO BABY

FATHER ARRESTED IN TAMIL NADU TO RAPE WITH HIS DAUGHTER : GIVES BIRTH TO BABY