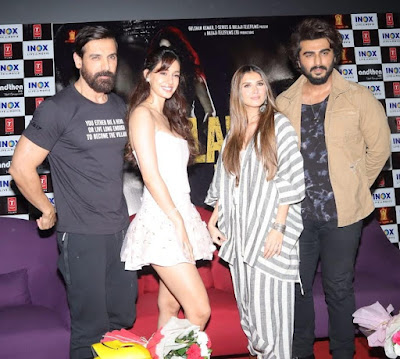 The powerful story of the romance action film ‘Ek Villain’, which released in the year 2014, has completed its successful eight years. The long wait of the fans and audience to watch the next story of the film is about to end in just a few days as the action thriller ‘Ek Villain Returns’ is all set to hit the big screens on July 29, 2022.

The film stars John Abraham, Arjun Kapoor, Disha Patani and Tara Sutaria in the lead roles. In such a situation, the process of promotion is in full swing. For this, on Thursday, July 26, 2022, the four main characters of the film reached Jaipur, where they were warmly welcomed by the fans and the residents. During this a press conference was organized at Iron Crystal Palm Mall, Jaipur, where all the four actors interacted with the media.

Regarding the film, John Abraham said, “There will be many suspense after one in the film. I believe action thriller film lovers will definitely love this new storyline in which it will be difficult for them to decide who is the hero and who is the villain.” 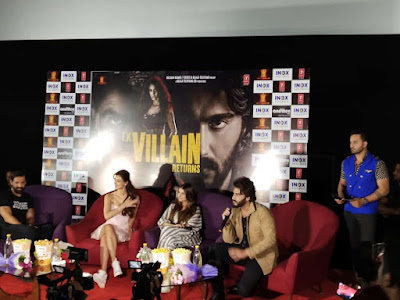 Introducing the story of the film, Arjun Kapoor said, “The last film was loved by the audience. Of course, they must be feeling that the story is over, but it will not be easy to unravel the mystery between the hero and the villain in the film Ek Villain Returns, which will be released after eight years. The film is about this suspense, which I hope will be liked by all.”

Tara Sutaria said, “Personally Jaipur is very close to my heart as it has a lot of familiarity, which makes me want to visit here again and again. We found a lot of love in the city. I hope the audience will like the film.”

Disha Patani said, “It was only for a day on the pretext of promoting the film, but coming to the Pink City made me very happy. I want to taste the special dish of Dal-Bati-Churma here. Also, I request the audience to definitely watch the film.

Seeing the trailer, it is really difficult to guess who is the messiah, who is the hero and who is the villain in the characters of John Abraham to Disha Patni, Arjun Kapoor and Tara Sutaria. With this suspense, this action-packed story moves forward, which the audience of Jaipur is eagerly waiting to see.

Riteish Deshmukh played a negative character for the first time and his performance in this film was highly appreciated. Also, it collected more than 100 crores at the box office. But in Ek Villain Returns, the story of the villain is shown, not the hero and heroine.