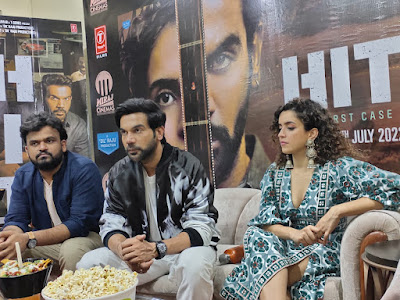 Bollywood actor Rajkumar Rao, who has played different strong characters in films like Shahid, Stree, Newton, Citylights, Bareilly Ki Barfi, Shaadi Mein Zaroor Aana, Aligarh, Omerta, etc., aspires to play the character of Bhagat Singh. He said this in a press conference organized for the promotion of the film “Hit – The First Case” in Jaipur today. Rajkumar Rao says that since childhood, listening to the stories related to the life of Bhagat Singh, he has great respect for him. He aspires to play the role of Bhagat Singh on screen as well.

Regarding the film “Hit – The First Case“, he said that “It is a thriller film and it is also a special film because its producers and directors are counted in the category of greatness. I am proud of them. I am playing the role of a cop in this. We don’t make thrillers much here, and this film is going to be great. This is just the beginning and we will come up with many more films in the hit series.” Shailesh has written many stories of the hit series. 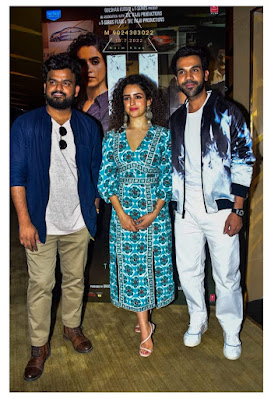 Rajkumar praised Dr. Shailesh and his role in the film, saying that “he has read 200 cases and then wrote the script. For me it was a great story and a great character. There was no point in saying no. I loved playing the character of Vikram. It was a great experience working with Dr. Shailesh. We were all like friends on the sets. The film’s heroine Sanya Malhotra said that I love preparing for the character, so it was very new for me. Working with Raj has been a wonderful experience. I was really excited while signing the film and I learned a lot from him. Shailesh sir was always there to help and guide me. Sanya said, “When you have an actor like Rajkumar, the job becomes very easy.

I am not nervous but excited. I think working with people like Shailesh and Rajkumar gives confidence, so I am not nervous at all.” ‘Hit: The First Case’ is the Hindi remake of the 2020 Telugu film of the same name. Dr. Shailesh Kolanu, who directed the original film, is also commanding the Hindi film and according to the trailer, the film looks like a good suspense thriller. However, spices from the typical Bollywood thriller are also seen in the film.

this is the story of the film

Rajkummar Rao is in the role of a special cop Vikram in ‘Hit: The First Case’. The title of the film is derived from the department in which he works, this department is – Homicide Intervention Team i.e. HIT. As the name suggests, the task of this team is to stop the killings before they happen. According to the trailer of ‘Hit: The First Case’, Rajkummar Rao is going through some major trauma in his personal life, and in the meantime, he gets a case of a girl’s disappearance.

The task for Vikram and his team is to find this girl. It is also seen in the trailer that a new love story with Neha is also starting in Vikram’s life. Sanya Malhotra is playing the role of Neha in the film. The story gets screwed when Vikram, who is searching for the missing girl, learns that Neha is also missing.