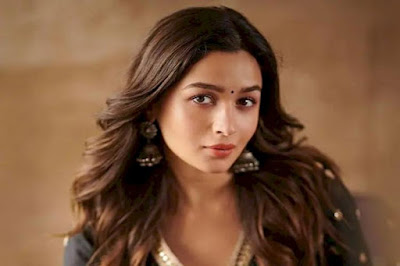 Alia Bhatt is promoting her film ‘Darlings’ which is going to be released on OTT these days. Recently in Delhi, she reached for the launch of her film’s song ‘La Lizaar’, where from the media to the fans, she asked all the questions from personal to professional. In this conversation, Alia was also questioned on all the meanings made in the song ‘Love Stories.

When Alia Bhatt was asked what her reaction to the negative memes being made on the popular song Love Stories from her upcoming film ‘Brahmastra’ was. To this, Alia said, ‘Saffron song is on number one, so why should I complain!

How Alia manages work during pregnancy:

Directed by Ayan Mukerji, ‘Brahmastra marks Ranbir Kapoor and Alia Bhatt’s first film after their April wedding. Talking about her busyness in her work during pregnancy, Alia Bhatt said, ‘If you are fit and healthy, then there is no need to rest. Working gives me peace, it is my passion, and it keeps my heart, mind, and soul alive and active. That’s why I would like to work till the age of a hundred.

Let us tell you that Alia Bhatt recently shared the news of her pregnancy with fans by sharing a photo. Soon she and Ranbir Kapoor are going to become parents. The film ‘Brahmastra’ of both is going to be released on 9 September. At the same time, Alia’s film ‘Darlings’ will stream on OTT on August 5. With this film, Alia has also made her first step in the field of production.