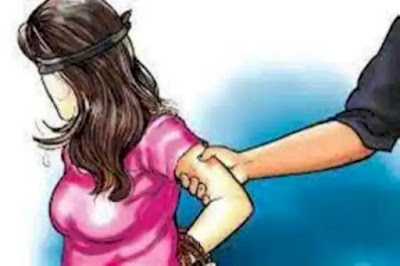 The police are claiming to tighten the noose on the mafia, but the riots in the district have become uncontrollable. To tighten the noose, a huge team of Anti-Romey, formed at every police station in the district, is only doing food. Even after being instructed to stay in the school, college and market, no one is seen anywhere. This is the reason why, without fear, the rogues and miscreants are molesting and abusing women. Since January 2022, there have been 192 incidents of rape, molestation, and kidnapping. The figures are also testifying to this.

Women Crime at a Glance

On July 24, in the Pipraich area, a student, fed up with molestation, committed suicide. On the complaint of the mother, the Pipraich police station registered a case against the accused history sheeter for abetting and threatening to commit suicide. The accused is still away from the grip.

attempted rape of a girl

Man bad started molesting the girl sitting at the door on the evening of July 30 in the Khorabar area. When she ran into the house to escape, she reached the chasing room and tried to rape. On raising the noise, the people around gathered and then fled.

On the night of July 30, in the Ramgarhtal area, two youths started molesting after finding the girl alone carrying food for her aunt. Attempted rape by taking her to a secluded place. The accused are threatening to kill the family if they protest.

Chauri Chaura police station arrested two accused and sent them to jail on charges of molesting and beating them for blasphemy. The accused Omkar Chaudhary and Abhishek Chaudhary are accused of molesting a class 9 student studying in the village while commuting to school. The girl along with her brother had gone to the house of the accused to blame it. Onkar, Abhishek, Abhishek’s mother, and sister beat him to death. As a result, the girl was seriously injured. He is undergoing treatment in medical college. After registering a case against the four accused, the police arrested Omkar and Abhishek and sent them to jail.

Due to the border dispute, the body of a young man has washed away in the river. The dead body of a youth was seen in the river near the Rakhat bridge in the Gagaha police station area. The young man was wearing jeans, pants, a t-shirt, and shoes. Seeing the dead body of the young man in the river in the evening, people informed the Gagaha police, but the police did not come. After a while, the dead body got stuck in the bushes of Kol Keshav village in the Ekauna police station area of ​​Deoria district, but later the body went ahead while flowing due to the high flow of the river.

If Turnover Is More Than 10 Crores, It Will Be Necessary For All Companies To Generate E-invoices From October