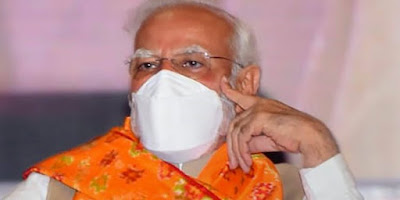 Even as the BJP emphasizes eradicating the “dynastic, family-oriented, casteist and appeasement politics followed by the Opposition parties”, sources said Prime Minister Narendra Modi on Sunday asked the party to reach out to “deprived and downtrodden communities other than Hindus”.

A party insider quoting the PM said, “He said there are deprived and downtrodden sections in other communities also. We should not be limited to Hindus only, we should work for all these deprived communities.”

Modi’s direction to the party, issued during its ongoing national executive meeting in Hyderabad, comes a week after the BJP won the Lok Sabha by-elections in Azamgarh and Rampur, two constituencies in Uttar Pradesh where Muslim voters played a decisive role in the electoral tests. Sources in the BJP said the prime minister’s remark was a message to the party to reach out to communities such as Pasmanda Muslims that are backward socially and economically.

“In the past too, the BJP had made attempts to reach out to the community, and the party has assessed that the community’s votes backed the BJP in the recent by-elections,” said a leader attending the conclave. After returning to power in Uttar Pradesh in May, the BJP inducted Pasmanda community leader Danish Azad into the Yogi Adityanath-led government.

Prime Minister Modi’s direction to the party assumes significance as the BJP is eyeing the regions where it has not been able to make considerable presence or electoral gains. In a similar statement last year, Modi urged the BJP’s general secretaries to reach out and win the hearts of communities other than Hindus. He suggested that the BJP should consider keeping the minority Christian community on its side in Kerala, where the party has failed to make significant progress in terms of electoral gains.

Asked if Modi gave any suggestions during the discussion on the political resolution, Assam Chief Minister Himanta Biswa Sarma said, “The prime minister spoke and gave various comments during the discussion. He gave suggestions on the northeast to bring development. He also spoke on how BJP workers should take the message on our presidential candidate Droupadi Murmu to the grassroots — the message about her simplicity and humble background, aligned with the story of her struggles, should be brought to people. He gave advice during various stages of the discussion.”