Rashmika Mandanna Commented On Vijay Deverakonda’s Post, Fans Said – What Is Going On With Both Of You 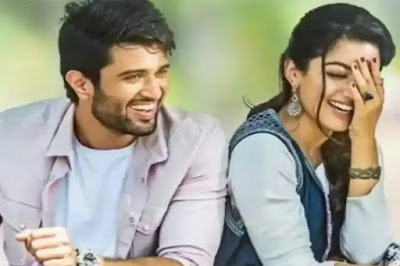 South star Vijay Deverakonda is making a lot of headlines these days. His film ‘Liger’ is going to be released soon. In this, there is a tremendous discussion of his chemistry with Ananya Panday. By the way, this is a matter of reel life, there has been speculation about the dating of Vijay and Rashmika Mandanna in real life for a long time. Both have once again become the topic of gossip on social media. Actually, Rashmika has rekindled the dating speculations by commenting on the new song ‘What Laga Denge’ from Vijay’s much-awaited film ‘Liger’.

Yes, after ‘Akdi Pakdi’, the second song ‘Wat Laga Denge’ of ‘Liger’ has also come to make a splash. It was released only on Friday. Vijay informed the fans by sharing the link to this song on Twitter. Seeing this song climbed on the lips of the fans.

Rashmika too could not stop herself from praising the passionate ‘Watt Laga Denge’ song. He praised Vijay’s song with a fire emoji. Where was Vijay also going to be behind on this? He also posted a red heart emoji with a smiling face on Rashmika’s comment.

Then don’t even ask. Fans got a chance to gossip. One fan directly asked, “What is going on with both of you?” While another fan requested Vijay to marry Rashmika. He wrote in the comment, “Please Mary Rashmika, Brother. You look best with each other.”

From time to time, speculations about the affair of Vijay (Vijay Deverakonda) and Rashmika Mandanna keep coming to the fore. However, on several occasions, both of them have clarified that they are just good friends. Vijay was recently seen in Karan Johar’s popular show ‘Koffee with Karan 7’. There too he was asked this question, to which he replied that both of us are good friends.

Know The Advantages And Disadvantages Of Drinking Cardamom Milk

Know The Advantages And Disadvantages Of Drinking Cardamom Milk