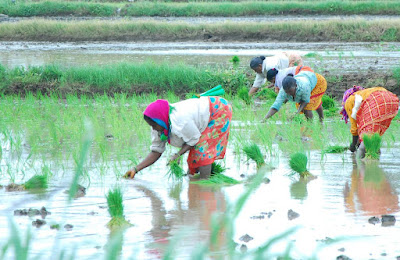 Indian Kharif crops saw around 13% lower sowing this year in comparison with last year, mainly the reasons which are being stated are the lesser rainfall in the parts of Uttar Pradesh, West Bengal, and Jharkhand.

According to the agriculture ministry, the total amount of rice sown this year is around 23.15 Million hectares on the land of 26.7 Million hectares, later the ministry clarified that the window of sowing rice will soon open in a few days which will apparently increase the production.

States such as West Bengal, Uttar Pradesh, Bihar, Jharkhand, and others have reported a lower area of sowing paddy, and overall the summer crops including paddy, oil seeds, pulses, and others have been sown in 82,34 MH which is almost 2% higher than the last year.

The north and northeastern states of the country have seen around 16% deficiency in rainfall this year, while other regions received around 9% higher than last year. Central India and North Western states saw around 28% more rainfall as compared to the previous year.