Sahil Khan Dyer: An inspiration to all, awarded Nation’s Icon Award 2022 for his amazing work 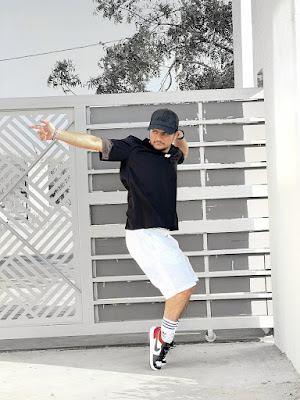 Where there is a will, there is always a way and Sahil Khan Dyer is a perfect example to it. Sahil, who is a son of an autorickshaw driver was recently awarded Nation’s Icon Award 2022 by EnGame which is publishing house, for his efforts and ability to never give up. It would be just fair to say that he deserved this achievement.

Sahil knew that dancing was his passion from a very early age and was ready to break all the limits for it. He started dancing when he was just 8-year-old though, it was only at the age of 12 that he started learning choreography. It was when he realized what he wanted to do in life. But life is never fair, being born in a middle-class family brought a lot of hardships to him.

He had to face a lot of deprivation throughout his journey. One of the major problems that he faced being from a middle-class family was financial. Going forward in a field such as dancing required financial stability for things like, costumes, entry fees for competitions, and travel money, etc which was hard to manage. He stated that, “I faced a lot of financial issues.

I didn’t have money for my costume, entry fees for competitions or money to travel.” But this never stopped Sahil from keeping his dream alive and working hard on every step of his journey. Though he was never alone! Throughout his struggles his family which consisted of his father, Suleman Khan Dyer who tried his very best for Sahil and Swati maa, to whom he gave a ton of credits for his success, were there. He mentioned that even though Swati Maa was not his blood mother, she did a lot for him. Sahil told that throughout his career he had to face failure a lot of times.

He mentioned that he lost 170 competitions, which was a huge number in itself. But with his desire, dedication, determination, and concentration he was ready to give it all. After all sorts od losses, it was finally his time to shine and show the world what he was made off.

He won 450 competitions which did not only have district level winnings but also national and international too, from 2010 to 2021. At last, his hard work paid off and he became an inspiration to all. He became a living example of ‘Your situation and background doesn’t define you limit,’ and with proper dedication and vision one can achieve everything s/he desires.

Currently, Sahil is a social media influencer with tons of followers. He has worked for many artists in reality TV, movies, etc. In the future, he wishes to up the most prominent dance studio and talent management company and has a deep desire to help as many people as he can from this field who are facing similar issues and we wish his dreams to come true.

Fantastic Campaigns and Celebrity Testimonials, Harman Narula Has It All

Fantastic Campaigns and Celebrity Testimonials, Harman Narula Has It All