Shamita Shetty And Rakesh Bapat’s Relationship Did Not Last Even A Year, The Actress Announced The Breakup 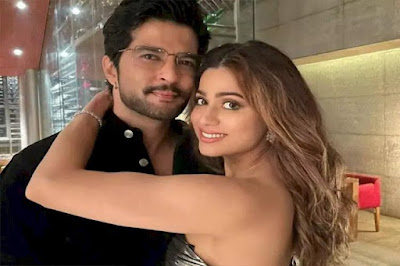 Bollywood actress Shamita Shetty and her boyfriend Rakesh Bapat have parted ways. By sharing a post on her Instagram story, Shamita has informed the fans that both of them have broken up. This announcement of Shamita is definitely going to break the hearts of her and Rakesh Bapat’s fans.

Even a few days ago, it was reported that something is not going well between Shamita and Rakesh and both have separated, although at that time the actress had rubbished those reports and said that both are still together, now The actress herself has announced that Rakesh Bapat and he have a breakup.

Sharing the post on her Instagram story, Shamita Shetty wrote, “I think it is important to clarify this. Rakesh and I are no longer together but this beautiful music video is for all the fans who have given us so much love and support. Keep showering your love on us like this always. Love and gratitude to all of you.”

Rakesh Bapat has also written a post on his Instagram story announcing the breakup with Shamita. Rakesh wrote, ‘I want to tell you all that Shamita and I are no longer together. Destiny introduced us to very difficult circumstances. Many thanks to the Shara family for supporting us so much and giving us so much love. I know that hearing this will break your heart, but I hope you guys will keep showering love on both of us separately. Your support will always be needed. This song is dedicated to all of you.

Let us tell you that Shamita Shetty and Rakesh Bapat’s love story started with ‘Bigg Boss OTT’ which started in August last year. After that, both were also seen together in ‘Bigg Boss 15’ for some time. Both of them were seen together many times even after coming out, although both were not seen together for the last few days, in such a situation, people suspected that something was not going well between the couple, and finally, now Shamita told that both of them have a relationship. The breakup has happened.