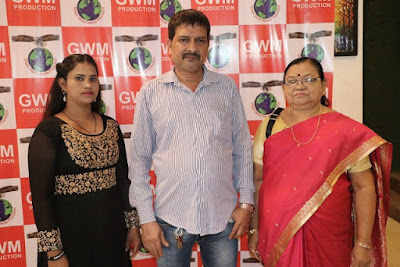 The shooting of Producer Director B S Ali’s web series Kidnap and Producer Director Suraj Bharti’s web series “Case Closed” has started in Manisha Bungalow, Mumbai. The web series “Case Closed” presented by Divya Films & Vision will be released on Mobies OK, written by Ranju Cycloni and Produced and Directed by Suraj Bharti.
Director B S Ali told that the web series Kidnap will be released on OTT Mobies Ok. Actress Rani is playing the role of an inspector in the web series. Apart from Durga, child artist Avika is also playing an important role in this series. Gave online and offline training of all these artists.
B S Ali while talking to the media said that people make more false promises in the film world but I give opportunities to new talents. Kidnap web series is based on kidnapping cases. The further shooting of one of my films Maya Ka Badla is also going to start soon. It is a suspense horror film.
Aryan Singh Rajput playing the lead role in Case Closed said that I am working as an anchor in this web series. Director Suraj Bharti offered me this role, so I accepted because there is a message in this web series. In this series it is being shown how crimes are increasing nowadays. In this the message has been given that no criminal can escape in any way.

Producer director Suraj Bharti said that the content of Case Closed is quite unique. Such a story has never been heard before nor is it similar to any. This is a realistic web series that keeps the audience stunned. There will be a new story in every episode. This is a crime based web series. I needed a good artist for its anchoring and I found Aryan Singh Rajput the best for this role

‘The Naughty Twins’ land a role in ‘Kaun Banegi Shikharwati’