The Secretary Of The Panchayat Has Cars Of Crores And Beautiful Houses In Mumbai Too, Know How Much Wealth Jitendra Kumar Owns 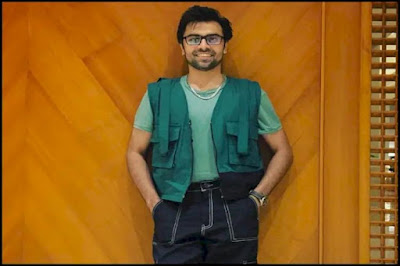 Jitendra Kumar, who went viral with a comedy sketch in the year 2010, is not interested in any identity today. Jitendra Kumar, who came into the limelight by playing the role of Secretary in Amazon Prime’s famous web series Panchayat (Panchayat), today is the owner of crores of property due to his stardom. Jitendra, who is engrossed in his acting, is also very fond of expensive cars.

Jitendra Kumar’s main means of earning is his web series and advertisements. According to media reports, Jitendra got 50 thousand rupees per episode for Panchayat 2 web series. He acted in a total of 8 episodes. Accordingly, Jitendra earned Rs 4 lakh. However, it has also been claimed in some reports that he took four lakh rupees for one episode only. Along with this, he is also seen advertising many brands. According to media reports, his total net worth is around Rs 7 crore.

Before becoming an actor, Jitendra Kumar used to be an IIT engineer. After a few days, he came to Mumbai to make a career in the entertainment world. He has done a great job in Panchayat and Panchayat 2. Apart from this, he has also worked with Ayushmann Khurrana in the film Shubh Mangal Zyada Saavdhan. Not only this, but Jitendra’s web series Kota Factory was also very much discussed.

Budget-Friendly House Party: If You Want To Organize A House Party For Less Money Then Follow These Easy Tips