Urvashi Rautela is being offered 20 crores as her pay-cheque for her upcoming Pan-Indian film, “The Legend’, opposite Sarvana- Check out the details now 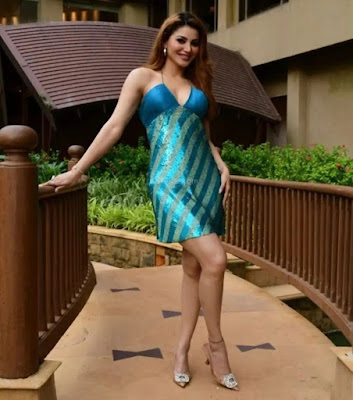 Urvashi is currently the talk of the town because of her appearance and making India proud at each level. She’s the most followed Asian actress on social media. She is one of the most loved celebrities globally. The actress, who always slays the red carpet with her hot, scintillating looks, has once again made our hearts skip a beat with her ravishing looks while she was spotted at the Mumbai airport leaving for the promotions of her Tamil debut multilingual film, “The Legend”.

The movie is slated for a big theatrical release on July 28 and is anticipated to do well at the box office. It would be interesting to watch how well the movie does with the public because it was produced with excellent production values and shot on a large scale. Urvashi who will be seen grabbing all the limelight with her stellar performance in the movie, alongside billionaire producer and debutant actor Sarvana, agreed on doing this film as the actress is being offered 20 crore Rs as her paycheck for her film The Legend, including promotions worldwide. And the promotions are going in full swing and we just can’t wait to see the actress in a never-before-seen character.

Recently the actress grabbed all the limelight as she grooved on her most trending song, Popopo while she was on the flight heading for her promotions.

We can’t wait to see the actress on screen in her multilingual movie, which has a massive budget of Rs 200 crore, Urvashi is going to portray a microbiologist and an IITian in the movie, and the movie will also convey a message about the educational system.

Audi’s Big Announcement – The Company Will Make Only Electric Cars From 2033, Know The Complete Plan

Audi's Big Announcement - The Company Will Make Only Electric Cars From 2033, Know The Complete Plan