When Yogi Showered Flowers On The Kanwariyas, Owaisi Raised The Question, Said – Why Love One And Hate The Other? 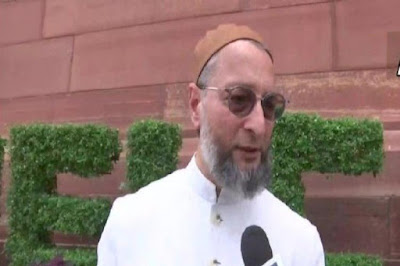 Uttar Pradesh Chief Minister Yogi Adityanath inspected the Kanwar Yatra by helicopter in western Uttar Pradesh. During this, he also showered flowers on the Kanwariyas. Now AIMIM leader Asaduddin Owaisi has raised questions regarding this. Owaisi said that on the Kanwar Yatra, you are raining flowers from the helicopter with the money of the taxpayer. Police officers are massaging his feet. You got the blacksmith shop closed in Ghaziabad. You got the name of a Muslim officer removed in a police station in Meerut.

Asaduddin Owaisi said that public policy is being disturbed if someone offers prayers for a few minutes. I ask BJP to treat everyone equally, don’t discriminate. If everyone’s development is with everyone, then they don’t offer flowers to us, they put bulldozers on our homes. Let us inform you that the Chief Minister’s Office tweeted, “Uttar Pradesh Chief Minister Yogi Adityanath today conducted an aerial inspection of the arrangements made for the efficient movement of Shiva devotees during the ongoing Kanwar Yatra in the holy month of Shravan. During this, the Chief Minister directed the officials to ensure that devotees and common citizens do not face any kind of trouble during the holy Kanwar Yatra.

ANOTHER SUICIDED CASE OF GIRL STUDENT IN TAMILNADU :4TH SUCH CASE IN 2 WEEKS

Swara Bhaskar Reacted To The FIR Against Ranveer Singh, 'foolishness And Boredom In Our Country...'