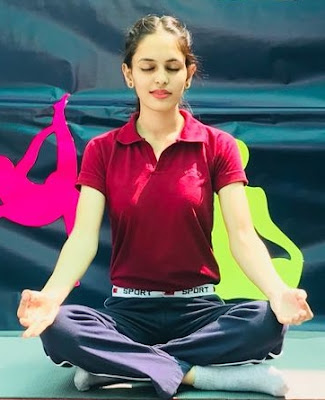 Knowledge (Gyan) and Stoicism (vairagya) are the two seeds of devotion (Bhakti), which make us feel the meaning of “right and wrong”. Vedanta tells us that there are five causes of suffering:
1. Not knowing who we are
2. Attachment: Clinging to things that are impermanent and having expectations
3. Aversion: Trying to avoid things that are not real
4. Identifying with the ego and creating separate realities
5. Fear of death
Yoga (the union of body, mind, soul, and spirit) is rediscovering who we are and returning to a life of joy, bliss, and freedom. Vedanta, recognizing that we each have different personalities and preferences, offers us four Paths of Yoga, or sets of spiritual practices, to help us reach this goal.
In life we can act, we can think, we can feel, or we can do nothing. To act is Karma Yoga, to think is Gyana Yoga, to feel (love) is Bhakti Yoga, and to do nothing completely is Samadhi—the final step of Raja Yoga and the goal of all Yoga.
Let’s look at these Paths of Yoga and see how we can incorporate them into our lives.
Bhakti Yoga
Bhakti is the yoga of devotion, ultimately to the Divine, but it can initially be a guru, your family, a friend, or anything that creates strong emotional ties. In today’s world with so much chaos and confusion, it is said that Bhakti is the easiest of the paths.
It can be practiced by anyone—regardless of mental or physical abilities—and doesn’t involve extensive yogic practices. Bhakti is the path of love that removes jealousy, hatred, lust, anger, egoism, pride, and arrogance. It replaces those feelings with feelings of joy, divine ecstasy, bliss, peace, and wisdom. The first line of a Fleetwood Mac song says, “Drowning in a sea of love, where everyone would love to drown.” This is Bhakti—drowning in love.
Vedanta says there is a fine thread made of Pure Love (Prem), which connects your heart with the Divine. This thread is the essence of Bhakti. It’s been lying dormant in your heart since the beginning of creation, hidden by layers of ignorance and suffering. However, no matter what you do or where you go, this thread, our Divine connection, can never be broken. This is what creates the deep yearning of your Soul for joy and bliss.
The Bhakti Yogi
Asks what is it that I long for at the deepest level of my Being?
Is pure in thoughts, words, and actions
Looks for the Divinity in the ordinary
Honors and respects all life
Purifies the heart through devotion Sings, dancing, chants, and listening to Divine verses
Surrenders by being open to everything
People often say they don’t have enough time for their spiritual practice because of family commitments. Bhakti is to make serving your family your practice.
Bhakti is the only attachment that frees rather than limits. Once the Divine is re-established in the temple of your heart, Its Love will serve you for eternity. Bhakti is the journey to finally “rest in God.”
Gyana (Jnana) Yoga
Gyana Yoga is the path of knowledge or, more correctly, wisdom. It is the means to Enlightenment through the process of reason—particularly the process of discrimination between what is real and what is not real, what is true and untrue—through study and self-inquiry. It is said to be the most difficult path because it uses the mind and intellect to go beyond themselves to finally realize you are One with the Divine. The Upanishads call it the “razor’s edge,” where the ego is always trying to knock us off. It requires great strength of character, willpower, and intellect.
Vairagya
Vairagya is a Sanskrit term meaning “detachment. It is a state of being free of attachment to materialistic life. It can also be defined as the mental state of mind that lets go of all attachments that belong to the materialistic world. Letting go of feelings such as pride, ego, aversion, inferiority and superiority complex, false identities, and fear, are also associated with vairagya. According to yoga sutras, the core principles of yoga are vairagya and abhayasa, meaning “to practice”. And these yogic practices create a balance in our lives and help us in knowing our own self deeply.

How to avoid adolescent peer Pressure and Its Pitfalls : Ambassador of Goodwill Paris Keswani

How to avoid adolescent peer Pressure and Its Pitfalls : Ambassador of Goodwill Paris Keswani